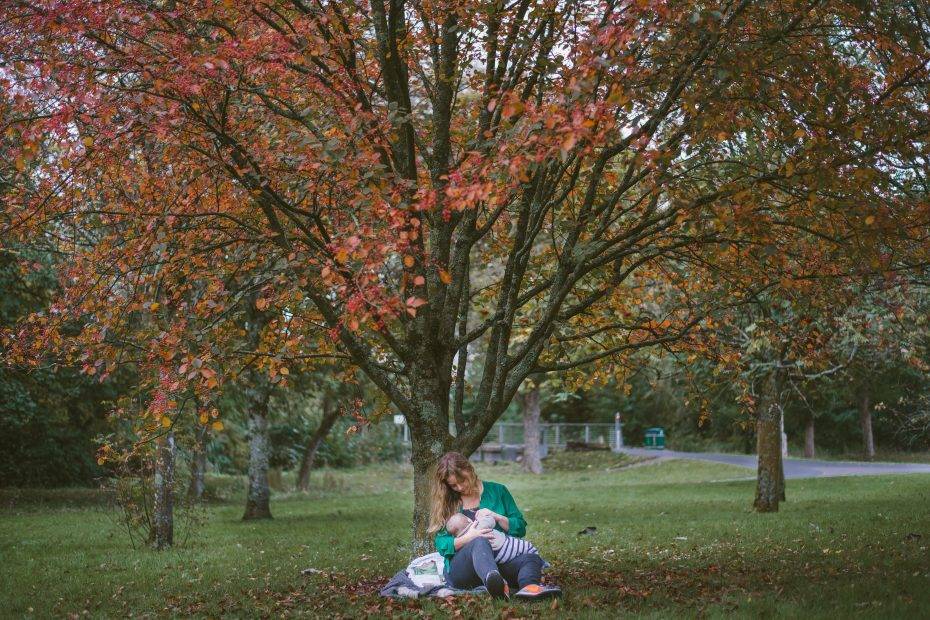 A look at the healthy benefits of breastfeeding for mothers.

The fathers may mention the bonding between mother and baby is stronger and the health benefits for babies. However very few classes can come up with a list of many health benefits breastfeeding has for the mother.

Here are ten ways that breastfeeding your baby can benefit you!

1. Breastfeeding immediately after birth helps to prevent postpartum hemorrhage. As the baby nurses, oxytocin is stimulated to contract the uterus, which helps to slow bleeding after birth.

2. Breastfeeding contracts the uterus to help you get back into shape sooner. For several days after birth, the “after pains” of the uterus, which are triggered by oxytocin during nursing, help to involute the uterus and bring it back to its pear size by about 6 weeks postpartum.

3. A woman who breastfeeds uses up 500 calories a day! For all of those women like me who gained a lot of weight during pregnancy, breastfeeding was a welcome opportunity to use up pregnancy fat stores.

4. Oxytocin (the “love” hormone) is secreted during breastfeeding. Oxytocin is known to create pleasant feelings of wellness and it only occurs for women during breastfeeding, love-making and childbirth. Perhaps this is the reason why fewer breastfed mothers suffer from postpartum mood disorders and depression.

5. Breastfeeding delays the onset of ovulation. Most women who are exclusively breastfeeding willl find that their regular menstrual cycle will not return for several months and even up to a year or more. This is a nice break from having periods and the monthly drain on your iron stores.

6. Breast cancer rates are lower among women who have breastfed. Experts believe that the act of breastfeeding helps the cells in the mother’s breast tissue to differentiate, thereby protecting her from developing cancer later in life. Research has shown that if a mother breastfeeds for at least 18 months over her lifetime, she can reduce her chance of breast cancer by 50%.

7. Breastfeeding can help to protect women from osteoporosis. Although bone density is reduced during breastfeeding, after the baby is weaned, the mother’s bones may actual gain back even more bone mineral than what was originally lost.

8. Ovarian and uterine cancer is lower among women who have breastfed. Since estrogen is suppressed during lactation, experts believe that breastfeeding may help to prevent the uterine and ovarian tissue from becoming cancerous.

9. Breastfeeding reduces the amount of insulin required in women with diabetes. Diabetic women who breastfed required substantially less insulin than their bottle-feeding counterparts.

10. Breastfeeding acts as a natural contraptive method. If a mother exclusively breastfeeds, she has only a 2% chance of becoming pregnant within the first six months after giving birth. Remember however that every woman’s body is different and when you start ovulating again is hard to predict. You will typically need to start using a contraceptive method after six months if you do not plan to have a baby again soon.

Did you find that breastfeeding had any other benefits for you? Why not let us know what worked for you?