The Best Birth Position – Try Kneeling or Squatting to Deliver 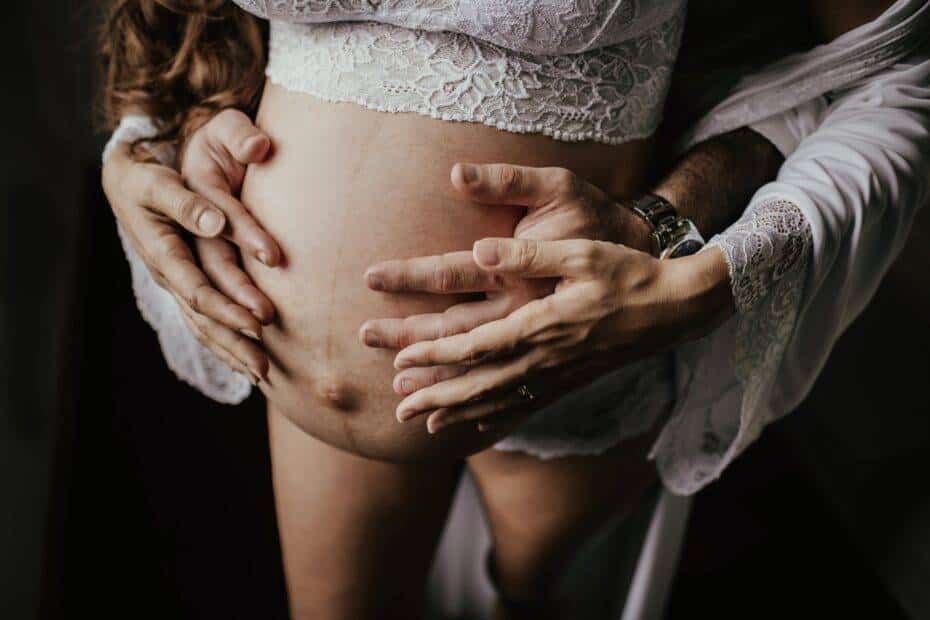 Doctors warn women to avoid sleeping on their backs during their pregnancies, but most doctors also tell women to deliver their babies while flat on their backs. This is known as the “lithotomy position” and usually involves the woman lying in the hospital bed with her legs up, either supported by stirrups or by birth attendants. This position “is acknowledged to be dangerous” (Sheila Kitzinger, Rediscovering Birth, Little, Brown) but continues to be used in most hospitals. Why?

Why Doctors Prefer the Lithotomy Position

Having the woman flat on her back during labour makes it easiest for the doctor to see the baby and what’s going on. Kitzinger explains that doctors have women deliver this way because “it is often easiest to monitor a patient, introduce a catheter and attach her to whatever equipment is being used when she lies like this. Any movement may interfere with the [electronic fetal] monitor print-out.” Barbara Harper, a registered nurse, adds that doctors often use this method just because “that’s the way it’s always been done” (Gentle Birth Choices).

Why the Lithotomy Position Should Be Avoided

Most women find this position uncomfortable during childbirth. Harper says, “Rarely does a woman choose to lie down during labor or delivery because it is so painful.” Lying on her back forces the woman to work against gravity to push her baby out. Childbirth educator Adrienne B. Lieberman thus calls this position “an extremely ineffective one for a normal birth” (Easing Labor Pain).

The lithotomy position is dangerous because “when a woman lies flat, the heavy uterus is tilted down on to the vena cava, compresses it and slows the blood flow back through the veins in her legs. This can lead to low blood pressure and oxygen deprivation for the baby as well as herself” (Kitzinger).

Lying on her back increases the likelihood that a woman will tear during childbirth because this position puts “undue stress on the perineum” (Harper). One study of hospital births and home births found that home births had a lower rate of episiotomies and tears; Harper says the “increased episiotomy rate and severity of perineal lacerations for hospital births was most likely the result of . . . the lithotomy position for birth.”

According to Harper, “The two most widely chosen birthing postures throughout the world are kneeling and squatting. In cultures where women still control childbirth, women naturally squat, kneel, or lean against a support person in a semisitting position.” In these positions, gravity helps the baby move through the birth canal. Lieberman adds, “X-ray studies have shown that the cross-sectional surface area of your pelvis increases by as much as 30 percent when you squat.”

Lieberman recommends that a labouring woman try different positions, since squatting for long periods of time “is tiring and uncomfortable when you’re not used to it.” She suggests women try squatting on a toilet (helpful because of its natural associations with pushing), semi-squatting while supported by their partner, and using a squat bar on a delivery bed. Women in labour should also “sit back or lean forward into a kneeling position between contractions” (Lieberman) to avoid squatting for long periods of time.

Other positions include kneeling, getting down on all fours (which may aid the baby in turning while moving down the birth canal, but can also slow labour), or sitting semi-upright with legs bent and relaxed apart. Labouring women should have the nurse or their partner adjust the delivery bed to support their back or have their partner sit behind them for support, because Lieberman says the “back should be well-supported.”

Women should talk to their doctor or midwife about their desire to birth in a squatting or semi-upright position rather than lying down. Make sure they are willing to respect the woman’s wishes about birth positions. The books mentioned in this article are a good starting place for more information on birthing positions, including the best time to assume these or other positions.

Find out if the hospital has squatting bars available on their beds and if the bed can be adjusted for extra support. Some hospitals will need to install squatting bars on the bed when the woman arrives.

Lieberman also recommends that “if you think you might try squatting for the pushing stage, remember to practice it beforehand.” Instead of bending over to pick something up off the floor, the woman could squat down. This will help tone the woman’s muscles and is also easier on her back.

Finally, the woman should picture herself giving birth in a her preferred position, rather than laying on her back.