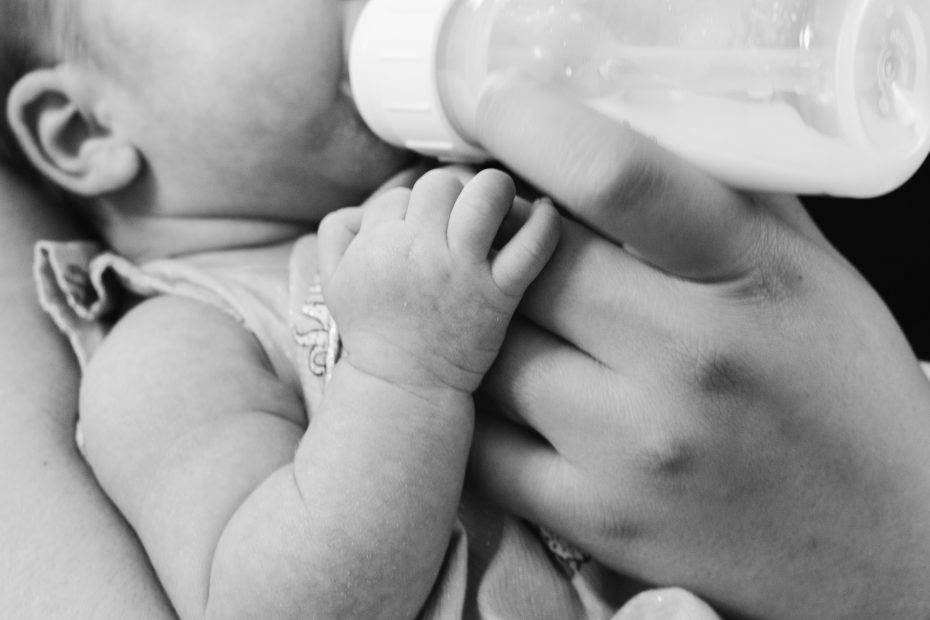 How feeding your baby infant formula or breastmilk substitutes can be hazardous to your baby’s health.

For many years, formula was believed to be the superior choice for infant feeding. Today, the AAP (American Academy of Pediatrics) and the WHO (World Health Organization) have lead the fight to show that breastfeeding is in fact the clear front runner in the battle for best nutrition.

The end result is that formula has been accepted as the “runner up” to breastmilk which has lead to the misconception that it is a “healthy” alternative. The reality is that breastmilk substitutes have proven risks to your baby’s health.

Babies fed a diet of infant formula tend to have more problems with tooth decay and malocclusion (improper bite). In addition, there seem to be more cases of colic and constipation with formula-fed babies as compared to breastfed babies.

Illnesses are more common with babies who receive breastmilk substitutes, including respiratory illnesses (colds), ear infections, diarrhea and allergies. This is likely due to the fact that infant formula has none of the antibodies found in breastmilk.

The lack of calcium that can be absorbed in infant formula can lead babies to become hypocalcemic and suffer from seizures and tetany.

Obesity is much more common in babies who are fed breastmilk substitutes. As we all know, obesity is becoming a national epidemic and when it begins in infancy, obesity can lead to serious health problems into adulthood.

No sooner was formula introduced, then it was followed by an increase in Type 1 diabetes. In fact, formula-fed babies have a 50% more likelihood of developing Type 1 diabetes as compared to breastfed babies.

Is breastfeeding the most natural thing in the world? Learn the best techniques and how to find support.

A study (Neurobiology of Aging) has shown a potential correlation between the use of infant formula and the risk of developing Parkinsons’. The study examined rats over a series of years and researchers theorized that the excessive amounts of iron in formula (most of which cannot be readily absorbed) may be what leads to neurological problems with a diet of infant formula.

Babies who are fed infant formula have twice the incidence of SIDS (sudden infant death syndrome) as compared to breastfed babies.

Recent reports have shown that risks from formula can be found right in the can of powdered infant formula. A bacteria known as Enterobacter sakazakii was found in the powdered infant formula and fed to newborns in a NICU. The babies became infected and suffered severe long-term neurological damage. Between 20-50% of the babies who became infected with enterobacter sakazakii died as a direct result of the contaminated formula. See more information on this health risk from bacteria in this WHO report.

Some formula companies who manufacture soy-based formula would have us believe that soy formulas are preferred over cow’s milk-based formulas. However one of the biggest risks in soy products is the presence of isoflavones. These estrogen-like compounds have been shown to alter hormone production, affect growth patterns and even cause sterility. Experts have estimated that a baby fed an exclusive diet of soy formula has the equivalent of 5 or more birth control pills every day!

Researchers who study puberty have clearly observed that girls are beginning to develop sooner and boys later. A startling 1% of girls are showing one sign of puberty (either breast development or pubic hair) at the age of three! Not to mention that nearly 50% of African-American girls show both signs of puberty by the age of 8. Not surprising that African-American women also have extremely low breastfeeding rates and those enrolled in WIC’s program receive soy-based formula.

Under normal conditions, male babies experience a testosterone surge nearly equivalent to that of adult men. Studies have shown that a lack of male hormones in male monkeys have been linked to difficulty in visual discrimination and spatial perception. We can only wonder how male infants may be affected by the influence of these estrogen-like isoflavones when they are fed soy-based formulas? For a fascinating look at the affect of soy-based formulas, see this report.

Cow’s milk based formulas may seem like the better of the two. However, they are not an option for 2-3% of babies who are allergic to the casein in cow’s milk. Casein is a protein in cow’s milk and is formed as the milk sours and forms curds. (This is one reason why babies seem more satisfied when the are fed formula since these curds are heavy and sit in their stomach longer.)

Some pediatricians recommend goat’s milk for allergy-prone babies since it digests more easily than cow’s milk.

Breastmilk is perfectly designed for human babies. Babies were not meant to be fed a diet from cows or plants. What we need to realize is that infant formula is not only an expensive imitation of breastmilk, it can be hazardous to your baby’s health. Babies should only be fed a diet of breastmilk substitutes when there is no other way to feed the baby.

For more information about making the choice between breastmilk and infant formula, see this helpful consumer report available from the FDA.

For more information on the topic of breastfeeding, click here.

Did you feed your baby formula? Share your thoughts about formula on the comments below