Taking a Pregnancy Test – When is a Good Time? 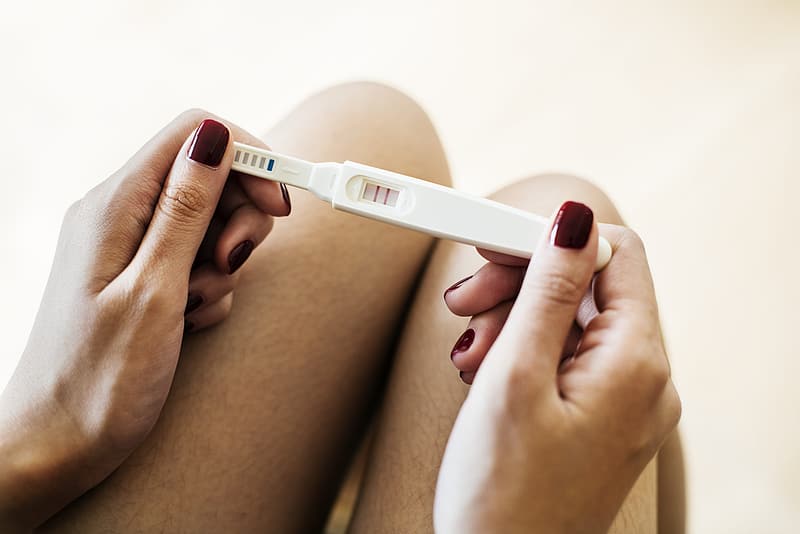 Planning a pregnancy is an exciting time in a couple’s life together. Many women are very eager to learn whether or not they are pregnant. This can lead to testing multiple times after ovulation, sometimes far too early to get accurate results. Waiting until the right time to test for pregnancy can help couples to avoid any disappointment they might get from a false negative.

When is a Good Time to Take a Pregnancy Test

If a woman is tracking her fertility, she will probably have a good idea of when to take a pregnancy test. Some women are able to get positive test results as early as eight days after ovulation, when early pregnancy symptoms start showing up. Other women won’t get a positive result until after they miss their period.

It is a matter of personal preference when a woman chooses to test, but an estimation would be to try testing twelve to fourteen days after ovulation for best results. A fertilized egg may not even implant in the lining of the uterus until up to ten days after ovulation. This means the pregnancy hormone, HCG, wont be produced in a woman’s body until that point.

How to Take an At-Home Pregnancy Test

To take a pregnancy test at home, a woman must dip a test stick in her first morning urine. First thing in the morning is best, as this is when the most concentrated HCG will be detected. Tests vary, but usually there is a stick that can either be dipped in a stream of urine or dipped into a cup of urine. Some tests come with a dropper and only a couple of drops of urine are added into a small hole on the test.

Test results generally show up within the first ten minutes, and anything afterward is not reliable. Some tests show two lines as a positive and one line as a negative. Other brands of pregnancy tests show a plus sign for a positive and a minus for a negative. Digital tests are available that show just the word “Pregnant” and make results easy to read.

Other Ways to Test for Pregnancy

Women who don’t want to have any confusion on their pregnancy tests can visit their doctor. The doctor can either provide a urine test and read the results to the woman, or he can do a blood test and determine any levels of HCG in the woman’s body. Blood tests are more accurate and can be performed as soon as six to eight days past ovulation.

For the most accurate results, a woman should wait until the day her period is due or after. Although the urge to test for pregnancy can be strong when planning a baby, testing too soon can lead to feelings of disappointment. If a woman wants to know as soon as possible, she should ask her doctor if he is willing to perform a blood test.