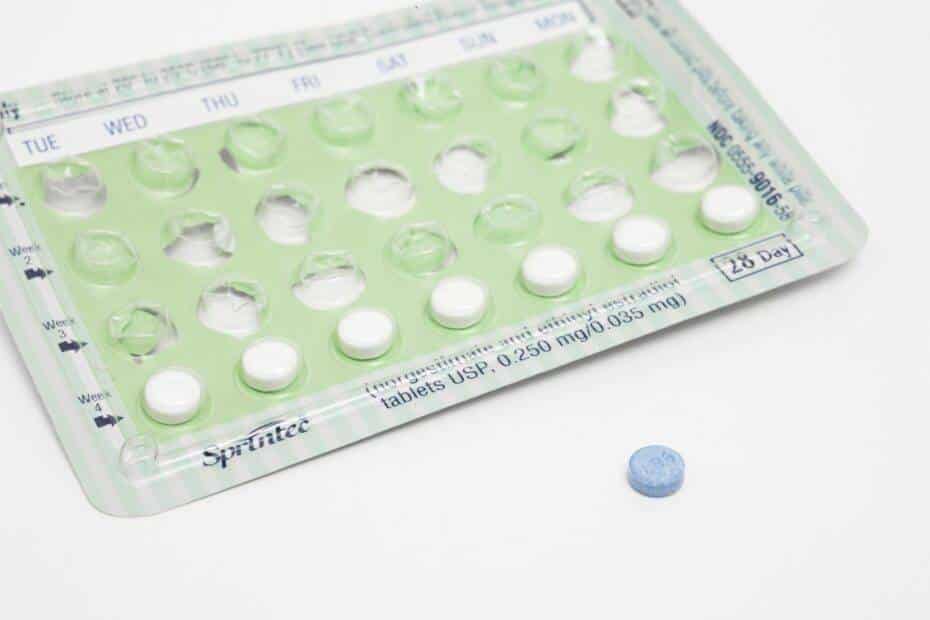 Pregnancy is 100% preventable by practicing abstinence. There are other various methods that can be used to aid in the prevention of unplanned pregnancy.

There are many types of contraception, most of which fall into the following six categories.

Sterilization is a permanent form of contraception that is done surgically. This can be done by both men and women and research shows that about 29% of women prefer this method and about 11% of men prefer it as well.

The female version of sterilization is called tubal ligation, which is when a woman’s fallopian tubes are cut, tied or sealed. When this is done the ova cannot pass through in to the woman’s uterus.

The male version of this is called a vasectomy. This is a procedure where the male’s vasa deferentia is severed.

The birth control pill can be used for other things unrelated to preventing pregnancy such as:

The birth control pill has been associated with various things such as:

Another form of birth control pill is the mini pill that contains only progestin. This pill is very reliable and it also regulates the menstrual cycle very well.

There is an emergency oral contraceptive that is most commonly known as the morning after pill. The medical name for the morning after pill is called Plan B-One Step. The pill is given in 1 dose and research has shown this pill to be around 89% affective. This pill is only affective if it is taken within the first 72 hours after sexual intercourse occurs.

Around 20% of the women in the U.S choose this method, but there is a 14% to 18% failure rate. This method includes things such as condoms diaphragms and cervical caps.

Condoms are worn by males during intercourse that go over the penis. Condoms are made of latex rubber and they catch the semen and this prevents it from being able to enter the vagina. There are many reasons that condoms can fail such as:

Diaphragms are dome shaped like a cup. They have a thin layer of rubber that collapses over a metal ring. In order for the diaphragm, to work it must be used with a cream or jelly spermicide. The diaphragm goes into the cervix and it blocks the sperm from entering.

There are many reasons that diaphragms fail. Some of these reasons are:

Woman who are using diaphragms are much more likely to have an increased risk of toxic shock syndrome.

A cervical cap is made of rubber or plastic and it fits over the cervix and stays in place by suction. Cervical caps must be fitted for a specific patient by the physician. Like diaphragms, cervical caps run a greater risk of toxic shock syndrome (TSS).

IUDs are made of plastic that has been molded and they are placed in the vagina and into the uterus by a physician. There is no exact explanation as to how the IUD works, however it is believed that by causing an inflammatory reaction in the uterus that attracts white blood cells, a substance is produced that is poisonous to sperm. The substance makes it impossible for an egg to get fertilized.

Only 2% of women actually prefer using an IUD and because of the serious risks of using one, most U.S manufacturers have stopped making them for fear of costly lawsuits.

IUDs have been known to cause serious pelvic infections and in 21 women these infections have resulted in death. There are other side effects such as:

These are another method used to prevent pregnancy, however only about 3% of women actually prefer this method. Spermicides come in the form of jellies, creams and vaginal inserts or vaginal suppositories. These can be bought by men or women without a prescription.

The failure rate for spermicide is about 2%. Pregnancy can occur for many reasons such as:

Norplant is a hormone implant that is placed under the woman’s skin on the inside of the upper arm. The implant releases the hormone progestin. This method has been proven to be 99.9% effective.

This is a shot that injects progestin. This form of birth control became available to women in the U.s in 1992. The shot is administered every 3 months. The FDA reported that this method of birth control is used in over 90 nations around the world. The injection works by inhibiting the growth of the endometrium and ovulation, as well as causing cervical mucus thickening.

There are many methods of contraception that people choose to use that almost always never work. Withdrawal is a method that about 19% of women within the year will become pregnant from using.

Douching is another method that does not work. It takes only one minute for sperm to reach the cervical mucus and right into the uterus where the acidic liquid that is found in douche will not reach.

What to consider before using contraception

When considering what type of contraception is the best for you and your partner, a major thing to consider is the risks associated and the potential side effects from each one.

It is very important to take into consideration your personal and family history. Women who have a past history or have a family history of issues related to birth control or who smoke, have or have had certain types of cancer and liver disease should speak thoroughly with a doctor before they take any birth control. To be on the safe side of things it is recommended that you speak with a pharmacist before starting any new medications and be sure to tell your doctor if you are on any other medication.

Whether or not you or your partner are in a monogamous relationship should be something taken into consideration before starting any form of birth control.

Remember the only true way to prevent pregnancy 100% is to practice abstinence.

If you or your partner is interested in contraception you should contact your physician, hospital, guidance counselor or local health department.

Disclaimer: The above information is for general information only. For advice in choosing a form of contraception, consult a qualified medical practitioner.