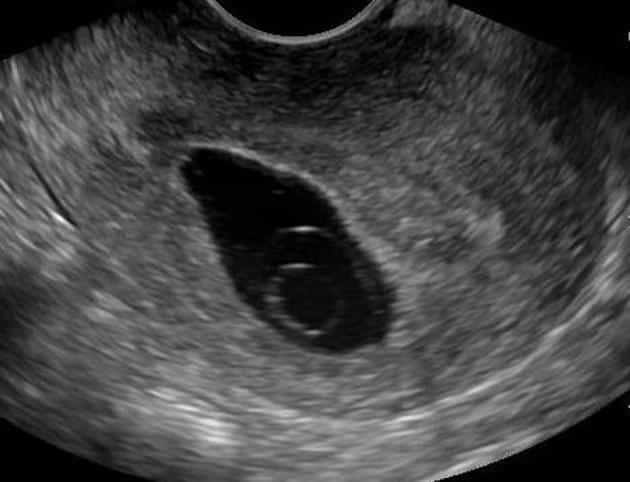 When Chromosomal Abnormalities Cause Anembryonic Pregnancy

The American Pregnancy Association says that 20% of all pregnancies end in a miscarriage. A blighted ovum, also called an anembryonic pregnancy or early pregnancy failure, is often the cause.

What is a Blighted Ovum?

A blighted ovum occurs when a fertilized egg implants but does not develop. Placenta forms and a gestational sac is present, but no embryo develops inside the sac. No yolk or fetal pole is present inside the sac.

The American Pregnancy Association estimates that anembryonic pregnancy accounts for 50% of all miscarriages. Many blighted ovum pregnancies miscarry early in the first trimester, either before a woman even knows she is pregnant or before the problem has been diagnosed.

Though some blighted ovum pregnancies seem abnormal and give women the feeling that something is wrong, most appear to be normal pregnancies. Since a placenta begins to grow, the body starts secreting hCG, which results in a positive pregnancy test.

When the body figures out that the embryo isn’t developing, hCG levels will drop and pregnancy tests may begin showing negative results. Soon after, women will experience bleeding and cramping, a few of the signs of miscarriage.

Some women with anembryonic pregnancies begin to miscarry before they know anything is abnormal about their pregnancy. Others find out that their pregnancy isn’t normal in a routine first trimester ultrasound early in the pregnancy.

Women need to get an ultrasound to check for the possibility of early pregnancy failure if they are experiencing first trimester cramps or bleeding, pelvic exams show that the uterus is not growing normally, or doctors cannot hear the baby’s heartbeat by 12 weeks.

All anembryonic pregnancies will eventually miscarry, usually before the end of the first trimester. If the body doesn’t remove all the pregnancy tissue on its own, or if signs of infection are present in a miscarrying woman, a D&C (dilation and curettage) will usually be performed.

There is a chance that a normal pregnancy could be misdiagnosed as a blighted ovum, so women should be very careful about electing to have a D&C if they haven’t yet begun to miscarry. Not only does D&C carry risks to a woman’s future fertility, it also carries the risk of aborting a normally developing fetus.

Most diagnoses of anembryonic pregnancies are accurate, but in some cases they may be misdiagnosed. Misdiagnoses usually happen with a woman who has a tilted uterus or if doctors cannot agree on the length of gestation. When in doubt, it is better to wait to see if the diagnosis of a blighted ovum is correct before choosing a D&C.

Early Pregnancy Failure and the Future

After early pregnancy failure, women can expect their cycles to return in 4 to 6 weeks. They are advised to wait between 1 and 3 cycles before trying to conceive again. Women may worry about future miscarriages, but having one blighted ovum does not increase their risk of having another. Most anembryonic pregnancies are due to chance chromosomal abnormalities.

Just because there was no fetus does not make a miscarriage any easier. Feelings of grief and loss are normal with early pregnancy failure. Being educated about blighted ovum pregnancies and a woman’s options for dealing with one can help her to get through the process.