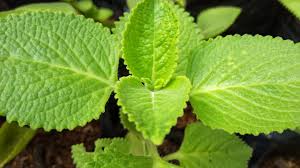 Stevia is a becoming more popular these days as an alternative to traditional artificial sweeteners such as NutraSweet and Splenda. Given that research has found potential risks with artificial sweeteners today, it is no surprise that expectant mothers would be looking for healthier, natural and safer sugar substitutes. What should expectant mothers know about the safety of stevia during pregnancy?

Stevia is a Plant-Based Sweetener

Stevia comes from an herb known as “Stevia Rebaudiana,” which is native to South America. Initially stevia was marketed and sold as a dietary supplement. However in 2008, the Food and Drug Administration (FDA) granted Generally Recognized as Safe (GRAS) status to rebaudioside A, which is one of ingredients in stevia that gives it a sweet taste.

Human Studies on Stevia and Pregnancy are Limited

What we know about the safety of consuming stevia during pregnancy is very limited. The most recent review of over 50 animal studies on stevia included researching potential negative effects on pregnancy and breastfeeding. Based on the available data, researchers concluded that stevia may have an effect to lower blood pressure as well as potentially helping people who struggle with diabetes. No studies showed harm during pregnancy or breastfeeding.

One animal study showed that there were no complications or alterations in the reproduction of female rats that were fed a diet that included stevia rebaudiana. Another study on multiple generations of both males and females who were fed 2.5 g/kg body wt/day of stevia revealed that “histological examinations of reproductive tissues from all three generations revealed no evidence of abnormality which could be linked to the effects of consuming stevioside (stevia.)”

Though it is a fairly new sweetener in many regions across the world, manufacturers have been using stevia in food products in Japan for over 30 years with apparent safety.

Should You Eat Stevia if You are Pregnant?

So what is the bottom line on the safety of stevia in pregnancy? Here are a few things to remember.

Just because a product is labeled as “natural” does not necessarily mean it is safe during pregnancy. Another important point is that we can only act on what we know. In time, researchers found risks with other artificial sweeteners, despite early evidence that they were safe during pregnancy. More human research is needed in order for expectant mothers to know for certain that stevia during pregnancy is safe.

Sanphet, K., “Safety evaluation of aqueous extracts from Aegle marmelos and Stevia rebaudiana on the reproduction of female rats,” The Southeast Asian Journal of Tropical Medicine and Public Health.